We’re proud to announce that Rose Colored is now LIVE on Inception! 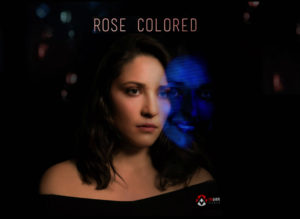 Rose Colored is a haunting VR short film that follows a woman, Victoria, as she starts to question herself, her relationships and the world around her. Everything is just a bit “too perfect”, hence, rose colored. What’s real and what’s not?

The movie premiered at VRLA and won the 2018 Lumiere Award for Best Live Action VR Film.

On a personal note, I have to say we were blown away by the piece; It’s one of the most interesting, thought-provoking pieces we’ve seen, and we’re happy to share it with our viewers starting today!

To celebrate the launch of this remarkable piece, we had a chat with the creator,  Adam Cosco.

Q: Can you tell us who you are, a bit of background about yourself and your professional career?

I’m from Oakville, Ontario in Canada, but I’ve lived in Los Angeles for the last ten years. I came here to attend the American Film Institute, where I studied directing. About three years ago I discovered virtual reality through a series of fortunate events. The blank canvas that was the VR space compelled me. I thought I had a take on how to tell a story in this medium.

Q: What was your vision when creating “Rose Colored”?

With Rose Colored I was interested in the notion of a catered reality; how it could start as innocuous and transform into something more insidious.

I remember reading that Facebook serves you stories from friends with similar political views, plus it allows you to block people with opposing opinions. And that made me think; “Isn’t conflict a good thing? Do we not become stronger by being exposed to things we don’t like?” And so, with ROSE COLORED, I wanted to apply that user-friendly logic to a relationship.

Men and Women love in such different ways; it’s almost a miracle when two people can stand each other for a few years, let alone a lifetime. So I wanted to make a movie about the lure of a technology that promised to solve these issues.

The funny thing is, and I mentioned this during my speech at the Lumiere Awards, but when I saw BLADE RUNNER: 2049, I was stunned by how comparable it is to ROSE COLORED. They both have these A.I. holograms, but the core of each story is remarkably similar too: both are about a future where technology sates the user, turning everyone into heroes of their own individual story.

I said to myself; “well, these guys certainly did this better, but I guess it’s a good sign I’m circling the same themes.” At least that’s what I told myself.

Q: Before going into VR, you won several awards for screenwriting and directing, yet this was scripted especially for 360 – why is that? Did you always know you wanted to create a VR film, or did it just seem like the right medium for this piece?

I wrote Rose Colored for 360 Video. It fit the medium because it’s about our perception of one another. But there’s nothing about the format that made it different from any other script I write.

It’s a rule that you don’t mention camera movement in screenplays. Now, there are some exceptions to this rule, but for the most part, that kind of thing distracts from the story. I’ve adopted the attitude that it’s the job of the director to envision the story for VR — it doesn’t have to be in the screenplay.

I always think about Brian De Palma, who has an active camera in almost all of his films, but his screenplays don’t say “and then the camera whizzes across the walkway, dipping down to see the soiree below, inching along the guardrail, till we land in an EXTREME CLOSE UP. He’s a director; he does that in his head when he imagines it. Q: Would you consider yourself an optimist, pessimist? Would you be bothered if your world was too ‘rose colored’?

Oh, I’m an optimist at heart, but you need balance. Big cliché coming up here, but there is no light without dark; there is no good without evil.

But it’s difficult to be optimistic all the time. One day, you may feel completely overwhelmed by how beautiful everything is, and the next day you find yourself seeing darkness in even the most mundane gestures.

I think the best movies strike a balance between optimism and pessimism. I mean, to a young business school graduate, THE WOLF OF WALL STREET is a “how to” guide, to others it’s a cautionary tale.

Human beings change their minds all the time; we have shadow aspects at war with our kind natures. In my estimation, the best art shows both sides and then allows the viewer to wrestle with the answer.

I read a book a few years ago called “The Kybalion,” and it talked about the law of the pendulum, which says that anytime things are going in your favor, bad times will eventually follow. The pendulum is always in motion, from one extreme to another. You’re better armed for the ebb and flow of life if you expect change. I think of optimism and pessimism the same way.

Q: We know you’re already working on your next VR film, entitled HYPER REAL. Can you tell us about this project?

HYPER REAL is about this girl named Mari Winters. She’s a headstrong woman enrolled in a Photo-real VFX class. One of Mari’s assignments is a self-portrait, and it consumes her to the point where she’s lost in her screen. She’s so overworked that she begins seeing patterns in the real world that look remarkably similar to textures in her program, which is something many VFX people have told me happens, they get these “VFX eyes.”

So, seeing with these VFX eyes, Mari goes down this rabbit hole and becomes convinced she is peeking behind the veil of the illusory world, and I won’t spoil where it goes, but she sets out to prove she’s living in a simulation.

I’m very grateful to be working with the Canadian Film Center on the project; they are just as interested in breaking new ground as I am.

Q: Finally, to anyone out there who may be developing a VR project, do you have any advice?

Learn the tools, learn Unity, learn how 360 cameras work, then go out there and make something.

Just shoot a rough version of what you want to make, if it’s working, it will resonate with people, but what’s more important is that YOU will be inspired.

I still put myself through this process, I just finished the rough video storyboards for HYPER REAL, and it’s so satisfying — it’s something tactile I can point to and say: “this is what we’re aiming for.” I ’m helping my students do the same thing.

If you haven’t decided on an idea, then do something no one has done before.

There are so many genres that are untapped right now. The idea of saying “I want to shoot a Mexican standoff in VR” may seem glib, but it’s only glib if the execution sucks. If you find the right camera placement, if you’re inventive with blocking, you could breathe new life into a scene we’ve seen a thousand times before.